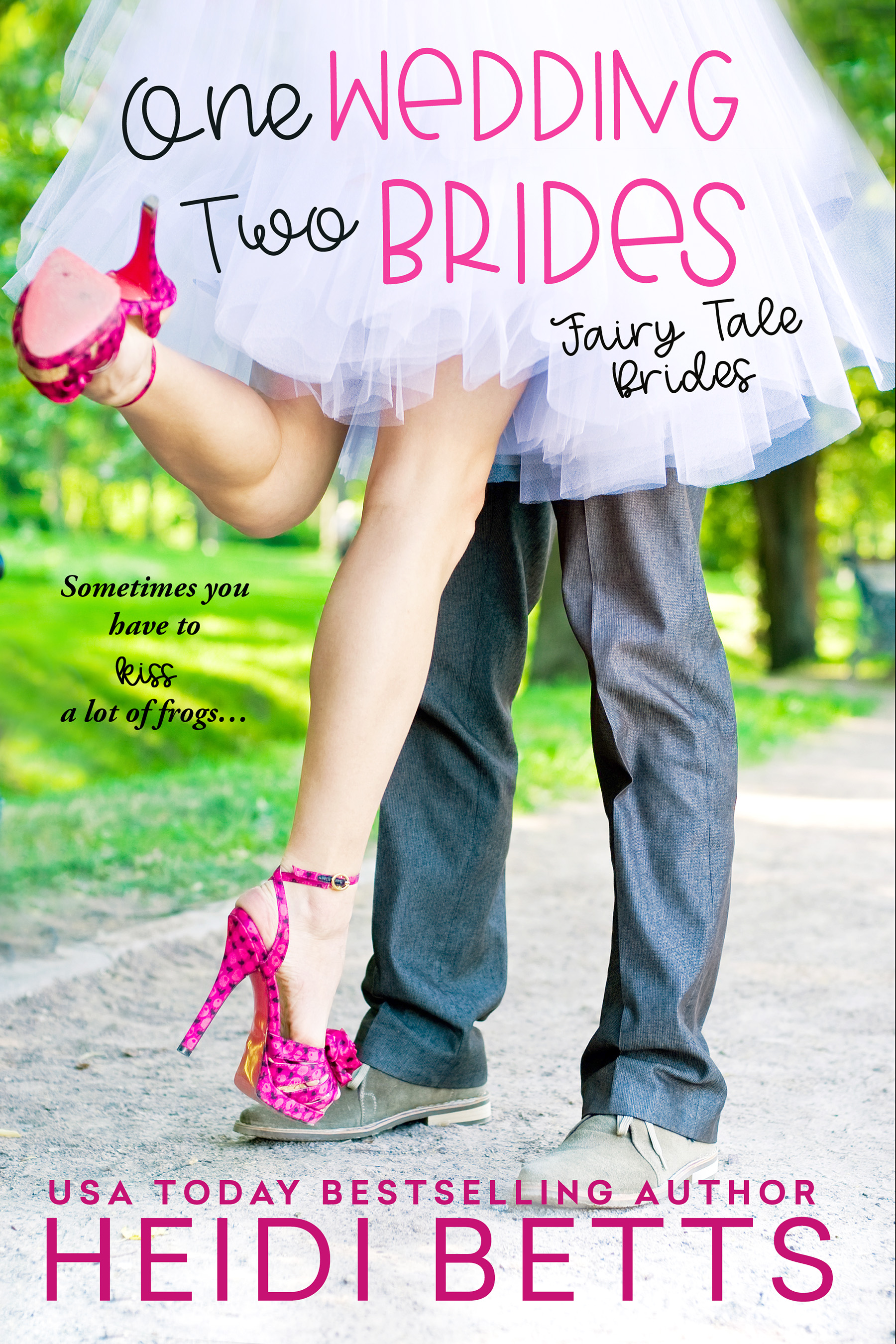 Sometimes you have to kiss a lot of frogs…

Jilted bride Monica Blair can’t believe it when she wakes up next to a blue-eyed, smooth-talking cowboy in the middle of nowhere and with a ring on her finger. It had sounded like a great plan at the time. Get married, get revenge, and get her money back. So why is she cleaning out stables and trying to keep her hands off the hot cowboy helping her?

Ryder Nash would have bet his best Stetson that you’d never see him walk down the aisle. But when the city girl with pink-streaked hair and a frog tattoo hatches a plan to expose the conman who married his sister, no idea is too crazy. And even though Monica might be the worst rancher’s wife he’s ever seen, he can’t stop thinking about the wedding night they never had.

Check out even more of Heidi’s books,
still available at your favorite retailers…

Handbag designer Juliet Zaccaro should be walking down the aisle, so why is she running out of the church instead? Because she’s just found out she’s pregnant, and not by her cruel, distant fiancé!

Now it’s up to private investigator Reid McCormack to bring her home. But once he finds her, he’ll make sure she doesn’t go back to her fiancé—especially since the baby she’s carrying might just be Reid’s.

Even as Juliet denies their explosive chemistry, can Reid convince her that there’s more between them than a baby bump?

“…the second tale in the ‘Project: Passion’ series by Heidi Betts, and readers are in for a treat of a read.  An intriguing tale that pulls you in from the first, I highly recommend Project: Runaway Bride.“  ~Romance Reviews Today

“The delight in this sweet, sexy story is watching Juliet figure out what she wanted for herself and find the strength to settle for nothing less.”  ~reader D. Antonio

When her designs keep showing up on a rival’s runway, heiress and fashion designer Lily Zaccaro vows to catch the thief.  She comes up with the perfect plan—run off to L.A. and go undercover as personal assistant to the other label’s CEO, Nigel Statham, aka the sexiest Brit alive.

As long work days turn into sizzling nights, Lily struggles to stay focused on her secret mission.  She desperately hopes that Nigel is innocent because their relationship is anything but!  In the face of so much deception, pretty soon their newfound love is hanging on by a thread…

***All Author and Agent proceeds from sales of this book will benefit the Animal Adoption Foundation, a no-kill animal shelter in Hamilton, Ohio.***

When animal lover Erica Castillo’s sexy neighbor shows up on her doorstep at midnight, in the pouring rain, with three tiny kittens cradled in his strong arms, she can’t turn him away.  But will Dean Maxwell’s rescue efforts make him a temporary hero…or the forever kind?

Nightclub dancer Chloe Lamoureaux just met the man of her dreams: Aidan Raines is charming, considerate, rich, and hot. Of course, he’s a little mysterious about his age. And his favorite drink. And he’s not much for sunlight. But he’s asked her to marry him, and she’s ready to do it. Sure, she has a few secrets too—but they’ll have plenty of time to work things out while they’re living happily ever after. Right?

Her identical twin sister, Chuck, isn’t so sure. Maybe reporting for the local Bigfoot-sighting tabloid doesn’t make her an expert, but to Chuck, Aidan and his brother Sebastian look like honest-to-Dracula vampires. Especially Sebastian: beguiling, seductive, and just a hint of dangerous. Maybe she wouldn’t mind him taking a little taste. But with Chloe’s life in the balance, she has to know—do they want hot love or hot blood? Or maybe…a little of both?

heidibetts.com
Copyright © 2020 All Rights Reserved | Site Design by Will Design For Chocolate
For more information about Heidi's writing or to inquire about film or publishing rights, please contact her agent, Richard Curtis Associates, Inc. |Copyright © 2004-2010 Heidi Betts. All Rights Reserved.| Harlequin book cover artwork copyright © 2004-07 by Harlequin Enterprises Limited. Silhouette Desire ® and are trademarks of the publisher. All rights are reserved. For more information, go to Harlequin Enterprises Limited.