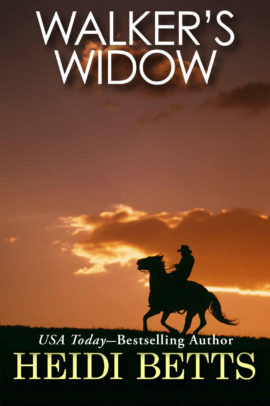 Between Heaven and Hell lies Purgatory, Texas–a town with too few saints … and too many sinners.

TO CATCH A THIEF

Clayton Walker had been sent to Purgatory…but it felt more like hell. Assigned to solve a string of minor burglaries, the rugged Texas Ranger thought catching the crook would be a walk in the park. Instead he found himself chasing a black-masked bandit with enticing hips and a penchant for helping everyone but herself. And Clay swore he would see justice done, even if he had to shackle the beauty to him for the rest of his life. 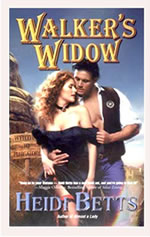 With quick fingers and a lithe body, Regan Doyle’s nocturnal activities knew no boundaries; decked out in black, the young widow made sure the rich “donated” to the local orphanage – whether they wanted to or not. And the fiery redhead wasn’t about to let a lawman get in her way – even if his broad shoulders and piercing gray eyes were as arresting as the badge pinned to his chest. But caught in a compromising position – one that revealed far more than her colorful undergarments – Regan recognized that the jig was up … for Clay had stolen her heart.

"Heidi Betts provides her audience with a humorous historical romance that is a sure bet to please readers." ~Harriet Klausner at The Best Reviews at Writerspace.com

"This is the beginning of the delightful tale of Walker's Widow, a story absolutely filled with humorous adventures and simmering sensuality. Clay and Regan are strong, independent characters. He's a handsome, smart, sometimes arrogant Texan, and she's a tiny, beautiful, frizzy redhead with an Irish temper she isn't afraid to turn loose on Ranger Walker. They really have some hot things going until some of Regan's nocturnal activities begin to make him wonder what, why, where and with whom. Can he actually be jealous of this little tigress? I thoroughly enjoyed the freshness of Heidi Betts's characterization of Clay and his manner of speaking. She offers up a rough, tough Ranger, but also gives him a soft, gentle side, brought out by his feelings for Regan. Ms. Betts displays her wit to perfection in this story as Clay and Regan banter with each other. She takes her fans on a wild trip, and introduces them to the colorful locals in town as she delivers the first book in her new Purgatory series. I can honestly tell you I kept a smile on my face through this entire read, and highly recommend it to you for hours of fun." ~Carol Carter for Romance Reviews Today

He hit the ground with a splat. They were both in their bare feet, in mud up to their ankles. Regan let go of the ladder and rubbed her arms for warmth. Her hair was plastered to her head, straighter than he’d ever seen it — or ever would again, he’d wager — and her teeth were chattering.But she smiled at him and blinked the rain out of her eyes. “Thank you.”

The muscles in his throat suddenly spasmed and he wasn’t sure he could speak. Before he even realized he was doing it, he’d reached up to push a swath of hair out of her face and tuck it behind her ear. He didn’t move away, and she turned her face a fraction into the warmth of his palm.

She blinked again and he saw a chill shake her body.

“Let’s get inside.” His voice sounded husky even to his own ears.

They turned and raced back to the barn. Regan was laughing and squeezing water out of her long hair when he slid the door closed behind them.

“It’s not cold until you get soaked to the bone,” she chuckled as she faced him.

He nodded brusquely, mesmerized by her beauty. She looked like a drowned rat, with one long, bedraggled plait of hair thrown over her shoulder, her black nightdress and robe so wet they clung to every inch of her body, and scattered drops of rain rolling down her face, her arms, her chest.

“We should get you dry,” he had the rectitude to mention.

Her head bobbed in a positive gesture and she walked across the barn to a distant stall. Clay followed her, watching clumps of straw adhere themselves to her muddy feet.

He reached the stall door just as she turned back to him, a rough woolen Army blanket in her hands. Their eyes met and a bolt of awareness shot between them. It rocked him to his toes, and he knew she felt it, too.

“I tried to resist this,” he muttered, even as he reached for her.

Her arms wrapped around his waist, her chin tilting upwards as she strained to hold his gaze. The length of her feminine body pressed against the planes and angles of his own. “I know,” she whispered softly.

“Are you sure?” he asked. He wouldn’t go any further if it wasn’t what she wanted, too. He would release her and watch her walk away . . . and then he would go outside, into the storm, and pray for lightning to strike him dead.

“I shouldn’t,” she said carefully. “But I want to. More than you can imagine.”

One corner of his mouth quirked up in a grin. “Oh, sweetheart, if you want me half as much as I want you, you’ve got to be in a terrible, terrible state.”

Her face remained impassive, but her green eyes danced with merriment. “I am,” she replied solemnly. “A terrible, terrible state. You do know how to remedy that, don’t you?”

He threw his head back and laughed. “Darlin’, I’m sure as blue blazes gonna try.”