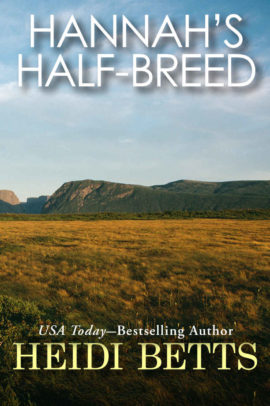 Between Heaven and Hell lies Purgatory, Texas–a town with too few saints … and too many sinners.

IN NEED OF A MIRACLE

The road to Hell might be paved with good intentions, but David Walker knew the trail to Purgatory, Texas, was lined with nothing but trouble. Wounded and in desperate need of help, he had survived the treacherous journey to reach the blue-eyed, blond-haired girl of his memories. And in Hannah’s arms he discovered Heaven. But torn between the white man’s world and his Indian heritage, David wondered if he’d been saved or damned. 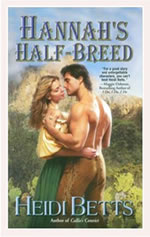 HE FOUND AN ANGEL

The man who called himself Spirit Walker bore little resemblance to the boy who had comforted Hannah during her darkest hours at the orphanage. There was nothing safe about the powerful half-breed who needed her assistance. Still, the schoolteacher would risk everything — her reputation, her heart, her life — to save him, for she recognized a childhood bond had blossomed into a love strong enough to overcome any challenge.

"4 stars! Ms. Betts gives readers a marvelous portrait of the Wild West... This tale tugs at your heart, makes you smile, and certainly lets you feel good as you turn the pages just to keep up with Hannah's and David's adventures." ~Kathe Robin for Romantic Times BookClub

"This is a must-have read! Passion flares between Walker and Hannah without ever seeming forced or unnecessary, yet touches of humor keep the mood light and airy. 4 1/2 plugs!" ~The Romance Reader's Connection

"5 stars! Heidi Betts has already made herself famous in the genre of Historical Romance. This book clearly shows why! Hannah and Walker seemed to come to life as I read their wild adventures. This is a great way to start off your new year! Recommended reading!" ~Huntress Book Reviews

"A true page turner, fit to read curled up before a fire on a cold winter's day. A book I highly recommend." ~Reader To Reader

“Can you hand me my gunbelt,” he asked her, the words muffled as they hit the wall before him and ricocheted back to her. Her gaze went to the reddish-brown holster resting on the nightstand. Reaching out, she slowly wrapped her hand around the smooth leather that held his six-shooters.She twisted around to pass him the weapons and the warm, callused pads of his tan fingers brushed the top of her hand as he rolled toward her to take it. A spark of sheer awareness rocked through her flesh, through her blood, through her bones. It beat a staccato rhythm to the very center of her being and warmed her from the inside out.Without taking his eyes off of her, David placed the Peacemakers and all their trappings on the stark white sheet near his stomach and then lifted the same hand to cup her cheek.She’d gone pale, she knew, even if it felt as though steam was about to seep out of her pores.

His meaning was clear, and she didn’t pretend not to understand. It almost comforted her to know she wasn’t alone in feeling as though a thunderstorm was brewing in her belly.

Almost, but not quite.

She started to turn away, but he caught her wrist, holding her in place.

The coffee brown of his eyes riveted her, created the sensation of floating, being swept downstream and not caring enough to fight the current.

“What’s that?” she heard herself ask in a husky, breathy voice she scarcely recognized as her own.

Rather than answering verbally, his palm slid from the side of her face to the back of her head, tangling in the loose fall of her hair. His mouth came down on hers unexpectedly, causing her to gasp. But the sound was lost as he molded his lips to hers, pressing and licking and smoldering her into acquiescence.

The kiss was hot and hard, teeth and tongues scraping. She thought her lips might be bruised by the end, but wasn’t sure she cared.

She certainly didn’t attempt to pull away. Instead, she leaned closer, brought her arm up to touch his bare shoulder. His skin burned like fire beneath her fingers and a muscle in his bicep spasmed.

When he finally released her they were both breathing heavily, sucking oxygen into their deprived lungs. Without conscious thought, her fingertips went to her lips, tracing the love-swollen ridges. She considered swearing off food and drink so nothing would wash away the delicious taste of David and his kisses.

“Well-loved,” he said, carefully removing his hand from the long strands of her hair. “No one could ever doubt it.”