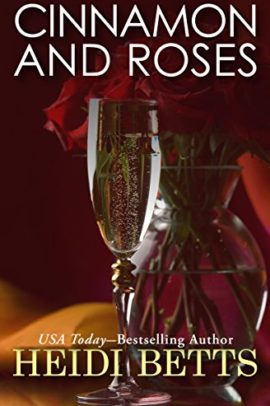 The High Cost of Loving 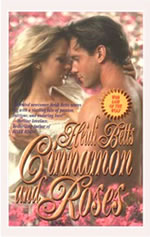 A plain, hardworking seamstress, Rebecca had no business being attracted to wealthy Caleb Adams. Born fatherless in a brothel, Rebecca knew what males were made of. And Caleb was clearly as faithless as they came, scandalizing their Kansas cowtown with his fancy city women. Though his carnal lips tempted Rebecca beyond reason, she couldn’t afford to love a man like Caleb. For the price might be another fatherless babe …

Why, Caleb mused, would he be drawn to a calico-clad dressmaker when sirens in silk were his for the asking? Still, innocent Rebecca unaccountably stirred him. Left him indifferent to costly perfumes. Made him crave her simpler scents of cinnamon and roses. Caleb vowed to trust no woman with his heart. But he had to have sweet Rebecca, no matter what the cost …

"Cinnamon & Roses is an engaging and fast-paced tale with a wickedly handsome hero I won't soon forget...a well-crafted debut novel that will leave readers eager for Ms. Betts' next one. Excellent!" ~ Rendezvous (ASM)