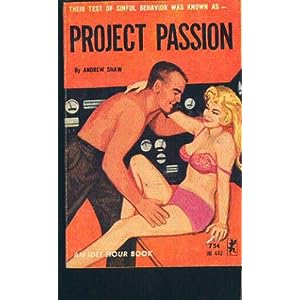 As I announced recently, I’ve agreed to write a brand new trilogy for Harlequin Desire, currently titled “Project:  Passion”—loosely based on a Project Runway-inspired concept, set in the world of high fashion.

Ironically, we’ve agreed to start with a two-book contract.  I know, I know…  Trilogy = 3 books.  And I fully intend for there to be at least three books to this thing.  But it’s a business issue; apparently official trilogy contracts are complicated & it’s easier to start with two books, then tack on another one later.

Editor C did need a short overview for Book 1, though—currently titled PROJECT:  RUNAWAY HEIRESS.  (I really want these titles to stick, so keep your fingers crossed.

So here’s what I came up with, literally overnight:

Clothing designer Lily Zaccaro has the weight of the world resting on her shoulders. Not only is she the driving force behind Zaccaro Fashions, but she’s the reason her two sisters upended their lives and followed her to New York to join in the design business, adding to the Zaccaro brand by helping her branch out into accessories, as well. But now someone is stealing her designs. Scooping her best efforts and threatening everything she—and her sisters—have worked so hard for.

British CEO Nigel Statham has been put in charge of the American offices of his family’s centuries-old clothing company, Ashdown Abbey. As they have throughout his life, his parents have high expectations of him, as well as the success of expanding the multi-million-dollar business started by his great-great grandfather. But so far, the U.S. branch is struggling, and he’s not quite sure what to do next.

Add to that the fact that he just broke up with his fiancée—an American model he met and thought he’d fallen in love with soon after arriving in the country, and Nigel is giving serious consideration to flying back across the pond.

Lily doesn’t want to think that anyone at Zaccaro Fashions is a spy and traitor, but hires a high-priced private investigation firm to run background checks (discreetly, of course) and find out for sure. But at the same time, she wants to know what’s going on behind the scenes at Ashdown Abbey that they would need to copy her design or could even get away with something so devious.

So when she discovers through the trades that the CEO of Ashdown Abbey is in need of a new personal assistant, she decides to apply for the job. Without a word to her sisters (she doesn’t want them to worry or even know the company is in jeopardy), Lily travels across the country to Los Angeles, adopts a new identity, and goes to work behind enemy lines.

From the minute Nigel lays eyes on his new PA, he knows hiring her was a mistake. But she’s infinitely qualified and competent, which is exactly what he needs right now. And if he finds her attractive . . . well, that’s something he’ll just have to tamp down and ignore. Not only can’t he afford to mix business with pleasure, but he learned his lesson about American women the hard way, and it’s not one he cares to repeat.

Maybe it’s his smooth British accent, charming smile, or dark good looks, but Nigel makes working with him a lesson in torment and self-control. It’s all she can do not to throw herself across his desk and beg him to take her during their long nights of all work and no play. And the longer she works with him, the more she gets to know this handsome CEO, the less she wants to believe he’s behind the theft of her designs. She’s certainly seen no signs of it so far.

But how can she believe he’s innocent when the proof of his treachery keeps walking down the runway right in front of her eyes?

The good news is that they loved it, & the entire trilogy is a go. :chickendance    (Looks like I’ll be able to watch Project Runway now—new seasons & repeat marathons both—& call it research. :patrick )

The bad news is that they want Book 1 ASAP.  Seriously ASAP.  I agreed to a much tighter deadline than I’m comfortable with, but Editor C assured me they’re flexible.  I’m still going to try to make it, of course, & am hard at work on the story already.  But with this latest crisis (Gram’s stroke), we may be talking Olympic-caliber flexibility. :happysad