How are you?  How has the week treated you?  Are you ready to share your good news & gratitudes with us today?

This week, I AM HAPPY that I’ve got ideas & am making progress on a situation (totally non-writing related, fyi) that’s been hanging over my head for a while now.  Just one of those things you have to take step by step, even if some of the steps are loose & cracked & threaten to trip you.

But it’s coming together (knock on wood!) & I’m beginning to be more excited than apprehensive over it now. 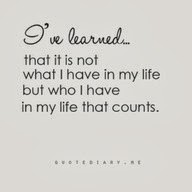 I AM HAPPY, too, that I’ve got some great people in my life.

I’m not even sure they realize how much I appreciate them, but I shall endeavor to tell them the next time I see them.  And I am just lucky that they have been there when I needed them, have been friendly & knowledgeable & willing to put up with me!  And trust me, I can be quite a hassle to put up with.

I AM HAPPY that I’ve discovered BBC America’s Sherlock.  Yes, I realize the series began in 2010, so I’m rather behind in jumping on the bandwagon.  But better late than never, right?  Ironically enough, I never really intended to start watching it.  I’m a huge fan of the Robert Downey, Jr. Sherlock Holmes movies & CBS’s Elementary, but for some reason I never seem to catch anything on BBC.  Then last weekend, I was flipping through the channel guide & just happened to notice that three episodes of

Sherlock were going to be on BBCA in a row—& they were the very first three episodes.  So I thought, “Hmm.  Should I?”  I even posed the question on my Facebook & Twitter pages.  The answer from readers was a resounding YES!!!

Well, okay, then.  Maybe I should give it a try.

It took me a while to get around to actually watching any of it, but almost from the very beginning, I was riveted.  My first solid thought about the show was, “Oooh, Sherlock is a smart-ass.  I like him already.”

And the longer I watched, the more I liked it.  I love Watson!  I love Sherlock’s snark & the way his brain works.  And I love the mystery/crime drama aspects.  So yeah, it was definitely a good choice.

And finally, I AM HAPPY (I guess

) that we had another free preview weekend of HBO & Cinemax last week!

I say “I guess” because I have almost no space left on my DVRs, yet I feel compelled to record movies I haven’t seen, so the “yay! free movies!” thing comes with a side order of eep! pressure & nervousness.

I’ve barely made a dent in the last batch of movies I recorded during a free preview weekend, but  that didn’t keep me from recording even more viewing material for my time on the Torture Cycle:  The Judge, The Other Woman, Ride Along, Gone Girl, Non-Stop, A Walk Among the Tombstones, Annabelle…

Have you seen any of these?  What did you think?  I have to admit, as much as I want to see Annabelle, the idea of it sort of freaks me out.  I love horror, but possessed dolls scare the pee out of me.

So how about you guys?  Let us know what kind of week you had & what you’re feeling thankful for at the moment.  I hope there’s lots, & I hope you’ll take the time to share! img32