Tomorrow may be THE BITE BEFORE CHRISTMAS‘s Big Day (one of them, anyway 😉 ), for which I am very excited, but today I’m having a problem with a different vampire book.

Kensington’s sales department isn’t thrilled with the working title of my second Brava release, VAMPS IN VEGAS. 😥   There’s more than a little boo-hoo in this, because I happen to love that title, & have also been living with it for…oh, about four years.  So this is pretty much like asking me to rename my child.  (Or my cat. :cat2: )

But if Marketing ain’t happy, ain’t nobody happy, which means I need to come up with handful of other ideas that would work for this story.  Preferably by the end of the day. 😛

Part 1 — “Vampnapped” — As a reporter for the Sin City Tattler, Charlotte “Chuck” Lamoreaux is used to investigating the bizarre and outrageous—everything from alien abductions to potato chips that look like Elvis Presley. But this time, she’s on to something big . . . and something she believes might actually be true. Which is why she decides to switch places with her identical twin sister, a showgirl for the Inferno’s dance troupe, Lust. All she needs is to get closer to Sebastian Raines, the billionaire owner of the Inferno Hotel and Casino, and find proof that he is what she suspects—an honest-to-Dracula vampire.

Sebastian Raines isn’t sure why his brother’s so-called fiancée has been following him, but he’s pretty sure she’s up to something more than simply picking out bridesmaids dresses. Fearing that Chloe Lamoreaux is trying to get her hands on the hefty Raines coffers by dragging his younger sibling to one of Las Vegas’s many all-night wedding chapels, Sebastian vows to stop her by any means necessary . . . and to keep her from discovering the secret they’ve kept for the past hundred years. But how was he to know she had an identical twin sister? Or that when he grabbed the fully-garbed showgirl on her way off stage, he was abducting Chuck instead of Chloe?

Part 2 — “Married . . . with Fangs” — Although she’d like to deny it, Chloe Lamoreaux is exactly what Sebastian Raines believes her to be—a gold digger. As much as she loves dancing, she’s tired of the long hours on her feet and the men who think “showgirl” is synonymous with “high-priced hooker.” She needs stability; a man with money who can support both her and her young son. And she’s pretty sure she’s found just that in millionaire playboy Aidan Raines.

For the last hundred years, both before he was turned and after, Aidan Raines has played second fiddle to his older brother, Sebastian. He wants something of his own; to make his mark on the world without being overshadowed by Sebastian’s wealth and accomplishments. Then he meets Chloe and begins to think that being the first to settle down might be the perfect way to set himself apart from his unattached, lone wolf brother. Of course, when Aidan pops the question, he doesn’t bother telling Chloe that he’s a vampire. But then, she never told him she had a kid, so he figures that makes them even. The question is, can he adjust to instant family life (just add water), or will Chloe freak out and start sharpening her stakes when she learns that her new husband is more—much more—than he seems?

As an added incentive for all of you Darlings of the Dungeon to put on your thinking hardhats, I offer you… 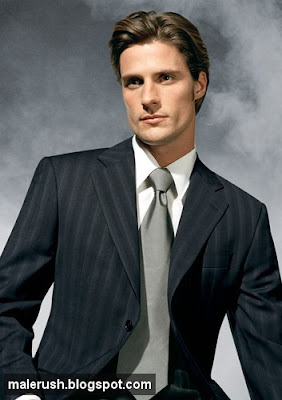 #2 — Should your suggestion for a new title be chosen by Kensington’s Powers That Be, your choice of either an Advanced Reading Copy of my first vampires Brava, THE BITE BEFORE CHRISTMAS, now…or the promise of an ARC of the newly titled VAMPS IN VEGAS later.  (It’s currently scheduled for October 2011, so we’re looking at a year from now for delivery of that prize.  I’ll send you a cyber-coupon or some such that you can redeem when the time comes. :mail: )