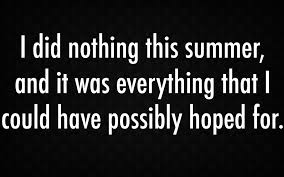 I can’t believe Summer is over already, but I also can’t say I’m sorry to see it go.  Mainly because this Summer…& really, a bit of last Spring, as well…were kind of a pain in the ass.

My allergies & sinuses have been out of control for months, driving me crazy.  Itchy eyes, runny nose, headaches, coughing, sneezing…  It was terribly attractive, let me tell you.  NOT!

For a while, I was sleeping like the dead.  I could go 10-12 hours a night, then still drag once I managed to get up.  Not exactly conducive to getting much done.  Then, out of the blue, it flipped.  No matter how hard I tried, I couldn’t sleep.  I could be exhausted & still lie in bed all night, wide

And that just plain made me grumpy & out of sorts.  I stayed home, going nowhere & interacting to no one…& with no desire to go anywhere or interact with anyone.  I was either starving & stuffing my face or eating next to nothing.  I even let pizza go moldy! :risingghost

I can’t say the writing wasn’t going well, either.  Every time I tried to get started, something interrupted me—often revisions or edits on a previous project, which…well, see the Grumpy Cat sign.

I don’t know if I was suffering from a bit of burnout or plain old malaise, but it got so frustrating that eventually I just gave up.  I gave myself permission to be lazy & do next to nothing & take the summer to…I don’t know, recharge, I guess.

I started watching Leverage & fell head over heels in love with the show. :spider   So much that I’ve since bought Seasons 1 & 2 on DVD, & am keeping an eye on the rest.

And I mowed the yard.  A lot.  I, who normally mow the grass three or four times a summer, if the neighbors are lucky, was out there mowing every other week.  And I enjoyed it!  I even started using the push mower for the first time in…well, since I was a kid & thought helping my parents with lawn work was fun.  And I enjoyed that, too, even if there were a couple times I thought I was going to pass out afterward. :mummy

I also gave myself permission to write when I felt like it instead of feeling like I had to, or feeling guilty if I did anything other than writing.

And you know what?  It worked!  I may have been lazy as a stone over the summer, but I’m feeling 100% better now.  I may not be mowing as much (the yard is already out of control again) or watching as many movies (except on the Torture Cycle), but I’m back to writing on a regular basis & it’s going great!  I’m loving the story I’m working on, & also the progress I’m making with it!

So taking some time off turned out to be a good idea!  I may have to do that a little more often just to keep my energy & motivation up. :winkingpumpkin 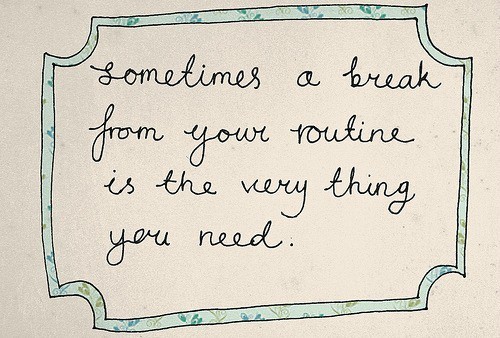