Another television season is coming to a close.  (Not counting the mid-season premieres that will be starting soon, if they haven’t already.)  And I’ve got a bone to pick with The Powers That Be—a.k.a. the jackasses out there who decide which shows get renewed & which get cancelled. :may8

#1 — Almost Human — Son of a bitch!  This was such a good show.  Another one airing on Fox that’s probably a little ahead of its time.  (In case you didn’t catch it, that’s a reference to Firefly, which was also ahead of its time & not the least bit appreciated until it was too late. :may38 )

Almost Human was just fabulous.  A futuristic crime drama with Karl Urban & Michael Ealy in the leads.  You heard me, right?  Karl.  Urban.  Michael Ealy.  Two gorgeous, talented actors in a great show…& it still didn’t take off.  And if you were one of the viewers out there not watching, I hold you at least partly responsible. :may23

#2 — Dracula — Dammit to hell!  Were you watching this one?  Do you have eyeballs & any sense of taste whatsoever?  Well, apparently somebody out there doesn’t. :May37

Do I even need to mention that Jonathan Rhys Meyers was the lead in this one?  And that he’s one of the sexiest things walking the planet today?  Put him in the role of Dracula & I can barely remain conscious.  It was dark, it was sexy, it was mysterious…it had one of the best season finales I’ve ever seen, & I’m practically in tears that it won’t be coming back. :may38 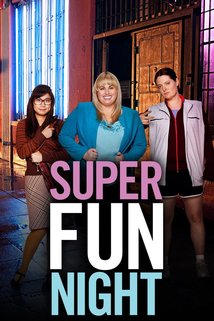 #3 — Super Fun Night — A little bit weird at times, but really funny!  Rebel Wilson is a hoot, & having her in the lead as an overweight woman trying to make her way in the world was just great.  Did I mention how funny it was?  Some of the lines & situations they came up with nearly had me falling off the Torture Cycle. :may39

#4 — Raising Hope — At least this one lasted 4 seasons…but it deserved to keep going.  Anyone who watched knows how hysterically funny it could be.  And if you liked My Name is Earl (which was also cancelled too soon), then you couldn’t help but love Raising Hope because it was by the same writers/creators & was filled with the same great sense of humor.  I always loved seeing which actors from Earl would show up on Hope or what kind of inside jokes they came up with that crossed from one show to the other.

And yet there are any number of shows that continue to drag on… :may16   I won’t mention the ones I get tired of hearing about, even though I don’t watch them.  (Can you say Grey’s Anatomy…The Bachelor/The Bachelorette…anything with a Kardashian in it…? :may17 )

#1 — The Mentalist — Yeah, yeah, I know Simon Baker is a cutie & the storylines can be interesting.  But Baker’s character, Patrick Jane is kind of a jerk & the show has “jumped the shark” a few too many times for my tastes.  The last season has been really pretty boring, & frankly, they lost me when they decided to turn everything upside down & race ahead two years for no particular reason. :may24

#2 — Bones — Don’t throw rotten fruit at me, but I’m pretty much over Bones.  It just goes on & on, & no one ever seems to “grow” very much.  Brennan is just as arrogant & unlikeable as she was in the beginning, regardless of becoming a mother & her relationship with Booth; she just plain annoys me.  And, yes, I was moved by the season finale & am even intrigued by what will happen next, but if it didn’t come back, I wouldn’t lose sleep over never finding out.

#3 — Law & Order: Special Victims Unit — I was pretty much over this one last season, then Donal Logue came on board & I perked up.  He was good.  He made the show interesting again.  Because really, the show has grown more than a little stale; even Mariska Hargitay’s character is starting to smell the place up. :may6

Now, though, Logue is leaving…yet the show is coming back.  *sigh*  I don’t know how many seasons SVU has been on the air, but it’s probably time to let it go…

And see, maybe if they got rid of some of these shows that have outlived their usefulness, there would be room to bring back the ones they haven’t given a fair shake… :may25

In case you want to check on your own favorite & less-than-favorite shows, here’s a link provided by friend & fellow author Jaime Rush/Tina Wainscott:  List of Renewed and Cancelled Shows for the 2014-2015 Broadcast Season

Then you can come back here & throw your own hissy fit to match my own. :may12 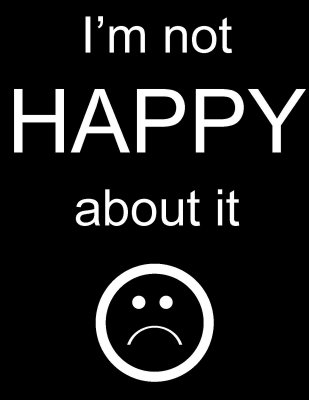