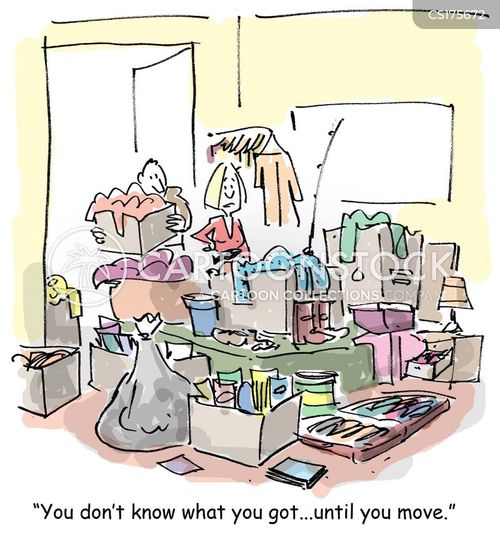 So last week I shared the big news:  I AM MOVING!

I’m not sure when, exactly, & I sure as heck don’t know how, but it is definitely in the works.  The offer was made & accepted, negotiations have been worked out, & all the papers have been signed.  It doesn’t get any more official than being handed the key to your brand new home! img26

But you know how they say God works in mysterious ways?  Well, He really does!  Because it’s crazy how all of this came about.

I mentioned that I’ve been casually house-hunting for a while now, so we’d been through several realtors & toured a good number of homes.  In 2011, we even thought we found THE house & made an offer, but things fell through. img34   (I still mourn the loss of that house, by the way.  Except for where it was located, it was absolutely amazing! img10 )

Then one day, Mr. Handyman happened to mention that his daughter was studying for her realty agent exam & would be working at a local realty office.  Well, well, well…let us know when she’s got her license so we can put her to work, we told him! img17   And though it took a while, she finally got all trained & legal, so we started chatting.

Skip ahead a bit…  I saw a house online that I was interested in.  It was quite a distance away, though, so after sending Handyman Jr.—a.k.a. Mr. Handyman’s realtor daughter img44 —the link, she suggested we actually contact the listing agent for that home, who would be more familiar with the area.  But when I got online again to find the information, I discovered the house had already sold.  Boy, was I unhappy. img28  It was a really nice house on a really nice piece of property, dangit. img36

But as long as I was online, I decided to poke around & see if anything else looked interesting.  (Read:  I was pissed & decided, Fine, keep your stupid house.  I’ll find a better one! img26 ) Which I didn’t think would actually happen, but then it did!  Because I discovered a listing for this house:

The listing had just gone up a day or so before, & I immediately sent the information to Handyman Jr., begging her to get us in to see it as soon as possible.  And when she called back, she was chuckling.  Turns out she’d seen the same house while checking the newest listings (which I guess is something realtors do on a regular basis) & had been about to send it to me when she got my e-mail already asking to see it.  (Great minds & all that, right? img42 )

So within a day or two, we went for a showing.  From the outside, it’s decent.  A nice, solid-looking house on a nice parcel of land.  Five acres, most of which is square & flat for easy mowing.  (And we know how important that is, since I am own personal gardener, landscaper, & lawn service technician.

The kitchen is beautiful, & probably my favorite room in the entire house—white with oak cabinets, just like Madame Mommy Dearest has always wanted:

And the rest isn’t too shabby, either.

The best part, though, is probably the basement.  It’s not finished & needs some work, but it’s big, with lots of much-needed storage space.  One section—which I will be calling The Library, for obvious reasons—even looks like this…

Handyman Jr. & my insurance agent both said they don’t know anyone else who would find the unfinished look & excessive shelf space in the basement & garage so appealing.  But to me, it’s the cherry on top!

I’ve already mentally started filling all the nooks & crannies with my copious amounts of books & office supplies & climbers for The Kittehs. img25

There’s no indoor pool, but I guess a girl can’t have everything she’s always wanted. img11

And the most important part?  The part you know I checked out first & foremost…  It is a very cat-friendly house!

Plenty of windows, all of which have enough of a ledge for The Kittehs to sit on—before & after I add window seats.  Lots of yard where I can add bird feeders to create CaTV for their viewing pleasure.  Lots of running-around space.  And that big, open, unfinished basement I spoke of…? Let’s just say Mr. Handyman has his work cut out for him putting in ramps, ladders, & walkways, hopefully making The Kittehs the happiest cats on the face of the Earth!

I’m kind of concerned about the actual move & how stressed-out it will make them, but once the traumatic stuff is out of the way, I’m hoping they’ll be even more content in the new house than they’ve been here.  After all, there will be less traffic zipping past, less noise from the inconsiderate neighbors, & (with luck) fewer strays wandering around to get them all worked up. img28

Getting back to the “mysterious ways” & “I think this was meant to be” part…  As soon as we finished touring the property, we knew we loved it.  But loved it enough to go into massive debt & give up a home we already owned?  That my family had lived in for half a century?  There was a lot to consider.  Then Handyman Jr. mentioned that the house was getting quite a bit of traffic—meaning tons of people were making appointments & looking at it in rapid succession—& that if we were really interested, we shouldn’t wait too long to make an offer.  We looked at the house on a Wednesday morning, & by Friday afternoon we’d made an offer.  I don’t think I’ve ever done anything so crazy in my life—& it was terrifying!

First thing Saturday morning, Handyman Jr. called to say the sellers had accepted our offer—the house was ours.  There were some inspections to be done, repairs to consider, & negotiations to be made, of course, but it honestly happened that quickly, that unbelievably.  It was a total roller coaster ride.

Did I mention how terrified I was the entire time?

Yet everything seemed to fall into place.  Every corner we turned, everything clicked together like puzzle pieces.  There were a few negatives, but for the most part everything worked out in our favor.  And as scary as it is, it also feels really, really right. Sometimes, you just have to leap & believe that the net will appear, y’know?

So that’s what I’ve done; I’m leaping & praying a net appears before I get too close to the ground.