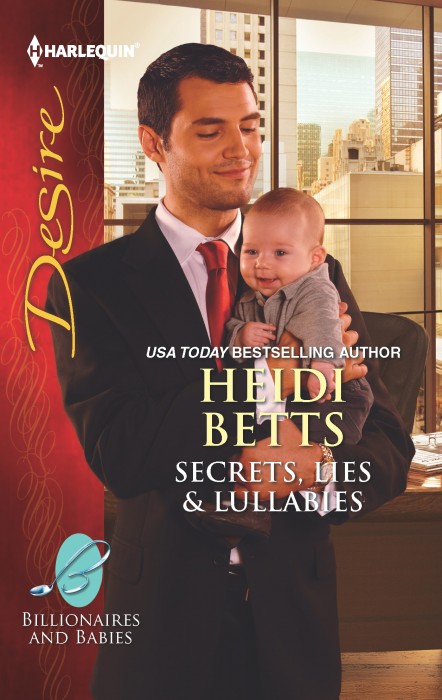 No problem’s too big for CEO Alexander Bajoran…until a baby is left in his boardroom with a note stating he’s the daddy. The mother must be Jessica Taylor, an unforgettable though regrettable one-night stand. Why would she do such a thing?

When Jessica returns, desperate and remorseful, there’s no way Alex will let her walk away with his son. And after discovering that she’s connected to his jewelry empire’s biggest rival, the mogul wonders if the pregnancy really was an accident. What will he gamble to keep his heir…and the woman who still has a stranglehold on his heart?

Only a few more weeks until SECRETS, LIES & LULLABIES hits the shelves. How would you like to meet our cast of characters?

Carefree Jessica Taylor doesn’t take anything in life too seriously, which her multiple piercings & the streak of blue running through her curly blond hair can attest.  Until she meets Alexander Bajoran & finds herself not only unexpectedly pregnant with his child, but caught up in a web of lies too sticky to work her way out of.

At three months old, Baby Henry doesn’t know that his mommy pretended to be someone else or that his daddy may have had a hand in destroying her family’s business.  He just wants a bottle & his blankie…& maybe someone to sing him a lullaby while they rock him to sleep.